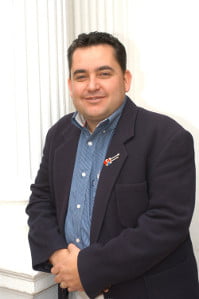 Hilton Zunckel is the managing director at 'Hilton-Lambert Practitioners of Trade Law'. He has 25 years of experience in this field. He is a unique practitioner in that he is able to complement advice on trade law and agreements with in-depth experience in the practical commercial business of international trade.

He has acted as the agriculture advisor to the African Caribbean and Pacific Group (ACP) and the West African cotton initiative (C4) in the Hong Kong phase of the WTO Doha agriculture negotiations. He was a member of the joint government/business drafting team that prepared South Africa's 3rd Party Submission in the 'US-Total Aggregate Measure of Support' dispute, and he is listed on the roster of WTO dispute settlement panellists. Some of his recent assignments have included drafting an unfair trade practices annexure for a customs union and assisting in the legal review of a regional tribunal.

He previously served as the Assistant Executive Director of an agricultural industry association where he was intimately involved in trade policy and practice issues within the regional & global grain and food processing sectors. He served the industry during the reform process in establishing a free market environment in agriculture during the closure of the South African statutory control boards in agriculture. During this time he assisted the industry with the first commercial imports of wheat into South Africa, including the design of a standard grain trading contract for Southern Africa (SAGOS), under which the bulk of grain trade in Southern Africa is conducted today.

He has served on a number of committees in liaising between business and government such as the trade committee of the South African Chamber of Business (SACOB) and the Agricultural Trade Forum (ATF). Hilton has previously had the opportunity to form part of South Africa's representation to the WTO Committee on Agriculture, the International Grains Council, the International Food Aid Convention and Southern African Customs Union (SACU) negotiating forums.

Hilton has a keen acumen for the interface between law and finance which is particularly useful in interdisciplinary approaches to trade law issues and in the preparation of trade remedy applications. This skill was acquired in his early career when he worked in the auditing division of Ernst and Young.

Hilton has also contributed meaningfully to capacity building in Africa while serving as a senior researcher with the Trade Law Centre for Southern Africa (tralac), where he played a leading role in building the organization and its research programmes in its formative phase. He continues to serve as an external faculty member to several local universities; the WTO's training and technical cooperation institute and the Trade Policy Centre in Africa (trapca).

He continues to write and publish avidly on agricultural issues ranging from food security to food retail supply chain dynamics, and his academic writing has been published internationally. He has served as the vice-chair of the Cape Chamber of Commerce's international trade and tourism portfolio committee and he is a member in good standing of the Society for International Economic Law (SIEL).

Hilton runs the Cape Town office of the business. Contact Hilton Zunckel at hilton@hiltonlambert.com or on his Mobile at +27 72 783 3608